Have you ever wished you could experience something all over again, as though you were encountering it for the very first time?

There are many options to choose from: maybe it’s a sporting event, and you could see the helmet catch all over again, or Russell Wilson being intercepted at the goal line. Maybe it’s a movie, and you’re seeing Fight Club or The Sixth Sense (incidentally, both of those amazing movies came out in 1999) with fresh eyes.

Video games are not immune to this, of course: we all are well aware of the twists and turns that games such as Final Fantasy 7 or BioShock brought to gamers when they first came to your screen, and those are memories that many of us will cherish forever.

For me, if there was one piece of media I could experience for the first time, it would be the incomparable Star Wars: Knights of the Old Republic. BioWare’s epic RPG remains not only one of their best offerings to date but is also one of the best video games of all time.

With the game celebrating its sweet sixteen today – it was released for the original Xbox on July 15, 2003 – what better time to revisit the old adventures of Bastila, Carth, and the rest of your squadmates?

Based on the popular mechanics from the table-top Dungeons and Dragons RPG, KotOR (as it has now been popularly shortened to) was just the fourth RPG game that Canadian developer BioWare had released. They took elements from all of their previous three titles (Baldur’s Gate I, II and Neverwinter Nights), combined them with the Star Wars license (albeit set 4,000 years in the past), and what we got was another classic tale of good vs. evil. One of the most intriguing facets of KotOR is the character creation system; even in 2003, you could utilize the system to make your character one of three classes (Soldier, Scout, or Scoundrel), while later on specializing to use the Force, becoming one of a Jedi Sentinel, Consular, or Guardian. Playstyles vary so much within the six classes that the replayability aspect of the game is very high – even now, 16 years later, I’m still finding reasons to boot up the game and dive in.

It doesn’t stop there – author and scriptwriter Drew Karpyshyn managed to also weave in some great dialogue and characters amidst the fantastic story. The player character is on a mission to find pieces of a map that leads to the threat by the menacing Darth Malak and his resurgent Sith. Malak is also on the hunt for your character, for reasons unknown – though I never get tired of finding out why.

I mentioned the characters Karpyshyn created: there are nine lifelike characters available to recruit alongside the player, and each of them comes with their own rich backstory, loyalty mission, and awesome dialogue. We’ve already mentioned two of them: Bastila Shan, the (somewhat stuck up) Jedi prodigy, and Carth Onasi, the battle-worn Republic soldier, but they’re just two of the nine companions. You can also pick from a Mandalorian, an old Jedi hermit, a Wookiee, or a mouthy assassin droid, to name a few. That last one is my personal favourite, though I’m clearly not alone, as the character HK-47 went on to win the category of “Original Game Character of the Year” at the 2004 Game Developers Choice Awards.

It’s easy to see the influence of KotOR in BioWare’s later work, especially the amazing Mass Effect trilogy. The space/science fiction similarities aside, the aspects of character creation, dialogue choices, good vs. evil alignment, and unique companions are all things BioWare honed for their later products.

Back when it was released, KotOR sold 250,000 copies within the first four days of its release, which, at the time, was a new record for the original Xbox, and went on to win Game of the Year from multiple publications and outlets. The popularity endured, as well; the sequel, Knights of the Old Republic II: The Sith Lords was released a few years later, and while there was never a third entry in the series, the popular MMORPG The Old Republic was released in 2011 and is still available to play online today. 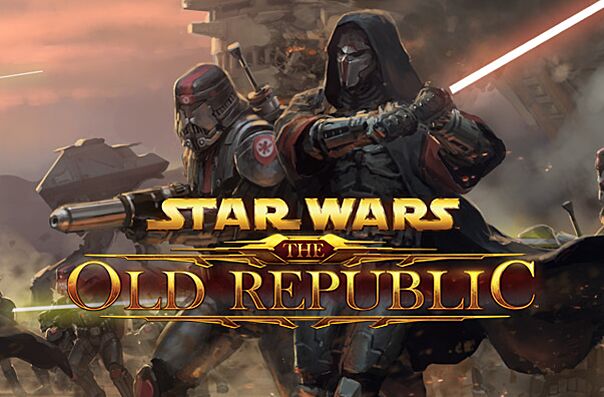 Earlier this year in April, Lucasfilm President Kathleen Kennedy excited some fans when she told MTV News “Yes, we are developing something to look at,” at the Star Wars Celebration in Chicago. Disney later announced some more KotOR news, as Buzzfeed reported that screenwriter Laeta Kalogridis (Avatar, Shutter Island) has been given the keys to adapt the video game for the big screen.

Knights of the Old Republic still holds up today – while the graphics are understandably dated for a game that was released in 2003 (on a console two generations removed, no less), the story arcs, characters, dialogue, and story beats are ones that resonate with fans of all ages, and many (including myself) clamour each and every year for a Xbox One/PS4 remaster with some current-gen visuals. Microsoft did themselves a favour, at least, as it’s backwards compatible on the Xbox One (which also brings with it some wickedly fast load times).

Simply put, KotOR is one of the best stories that video gaming has to offer, and if you haven’t played it before, there’s no time like the present to visit everyone’s favourite galaxy far, far away.

Sho is one of the biggest Star Wars fans alive, so find him on Twitter (@SNSAlli), where he’d love to chat with you about Legends vs. canon, midichlorians, and more!