Okay, be honest: how many of you thought this movie was going to be a disaster?

Truthfully, you can count me among the disbelievers–the original animated version of Aladdin, released in 1992, is one of my favourite movies of all time. Like many other failed adaptations of classics, it’s easy to ask the simple question: why?

Well, we know the answer to that one: after 2017’s remake of Beauty and the Beast made over $1.2 billion at the box office, Disney was going to stop at nothing to continue the trend with the rest of their films (indeed, Cinderella and The Jungle Book were pretty big successes as well).

With all of that in mind, it’s impressive that Aladdin turned out as well as it did. It’s a fun enough remix while still retaining all the familiar charm of the original – and that’s perhaps the best thing it could have been. Sure, there are some changes, but ultimately, it’s enough that the story still works while hitting all your favourite beats.

There are so few characters in the original story in the first place that the movie really hinged on the acting of the key players – Aladdin, Jasmine, Jafar, and the Genie. Canadian Mena Massoud (Jack Ryan) was fantastic in his role, bringing a wonderful earnestness to Aladdin that grounds him in the best sort of way.

Naomi Scott (Power Rangers) is absolutely phenomenal, both in the graceful wit she brings to the Princess and in her biting humour. Jasmine’s storyline is juiced up a bit for 2019 while still making sense within the context of Agrabah’s world, and Aladdin is better for it. Similarly, Marwan Kenzari’s Jafar is changed from a creepy older man to a young, ambitious vizier, and while he loses some of his cooler moments from the original, his motivations are tinged with a little more realism than before, which also works very well. Nasim Pedrad (Saturday Night Live) joins as the newly created handmaiden Dalia, who brings some more humour to the proceedings as well. 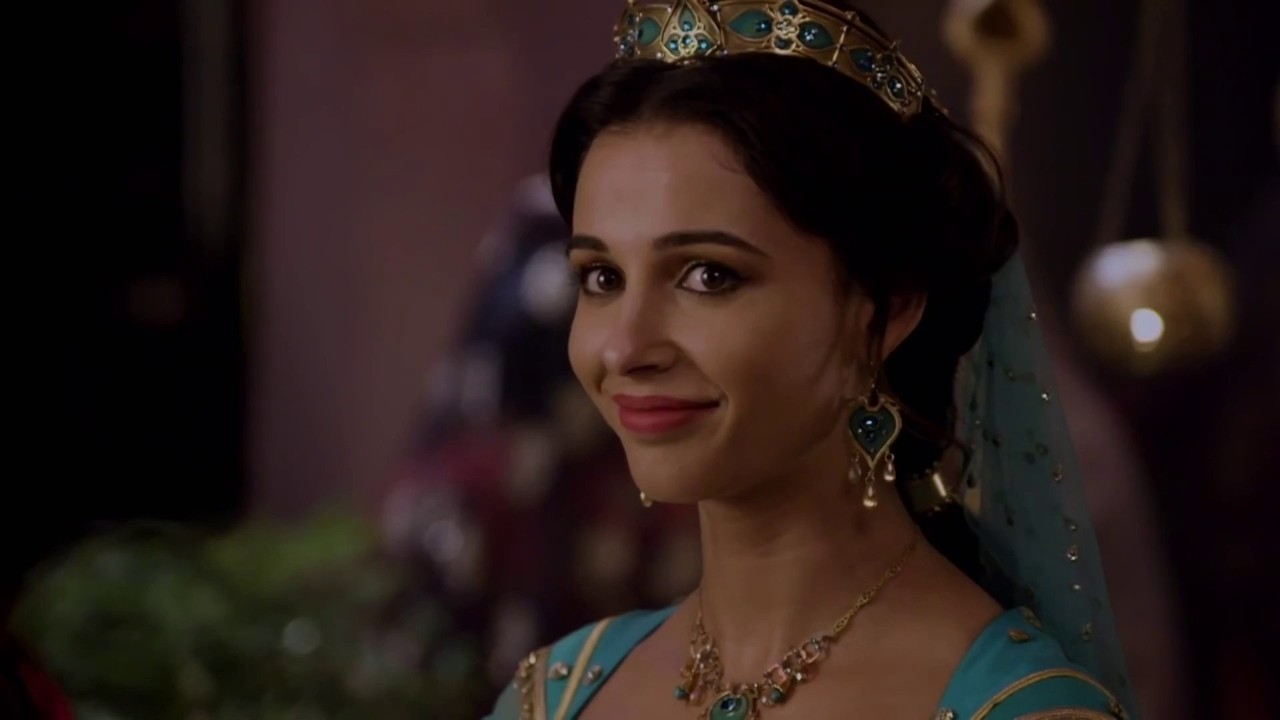 Despite the name of the movie, who’s the real star of Aladdin? As always, it’s the all-powerful Genie, who Robin Williams inhabited so thoroughly for more than 25 years. He did such an amazing job (and ushered in the era of celebrity voice acting for Disney, no less), that it was inevitable that anyone who followed in his footsteps would be compared.

Enter Will Smith, one of the most charismatic, famous, and larger-than-life movie stars on the face of the planet; even though he was largely pilloried after that infamous screenshot, Smith is easily the best part of this film. Truthfully, they should have given him more to do–as just one example, there’s a brilliant change to the end of ‘Prince Ali’ that evokes tons of laughter from the audience, and seemingly only could have worked for Smith himself. The film has two major issues, one of which is pacing. The first 15 minutes passes by in a blur, almost as though director Guy Ritchie knows that audiences want to see the Genie, and moves at breakneck speed to get us there. Once we’re there, it’s fantastic, buoyed by the charisma that moves freely between Massoud and Smith, but until that point, it’s a bit dull.

Secondly, there are some strange technical issues as well: it appears that some visuals have been sped up (or perhaps have had frames removed) in order for it to time out better to the music. As a result, some parts look like someone sat on the fast-forward button on the remote and forgot to hit undo. It’s incredibly jarring to watch humans suddenly run and dance faster than they have before, and then slow back down as things catch up.

All in all, the short review of Aladdin is simply, well, it’s Aladdin. For anyone who has seen the original (read: virtually every moviegoer over the age of 25), it’s familiar territory, and Ritchie clearly knows the saying ‘if it ain’t broke, don’t fix it’. No, it’s not quite a whole new world, and yes, the original is better. Ritchie essentially changes just enough to make it a new take on an old classic, one that is propelled largely by Will Smith.