Remember when Nintendo announced (via one of its Directs) that the next ‘big’ title in its Pokemon arsenal would be Let’s Go, Pikachu! and Let’s Go Eevee!? I admit, I was initially a little worried that it meant Nintendo was shying away from their traditional Pokemon RPG formula.

Well, if you’re like me, you not only breathed a sigh of relief, but perhaps exclaimed in delight when Nintendo kicked off Pokemon Day with an announcement towards the next installment in the storied Pokemon saga:

Pokemon Sword and Shield will be coming to the Nintendo Switch later this year!

Now, a few things: after Pokemon X/Y were geographically based on the sunny plains of France, and Sun/Moon introduced us to the Alolan region (Hawaii), we’re being whisked away with Sword/Shield to the English-inspired countryside of the Galar region. Hey, if a London-esque city complete with Big Ben doesn’t do it for you, I don’t know what will.

Fans of the popular HBO series Game of Thrones will notice a ‘wall’ of sorts near the frozen tundra of the north – of course, the Wall in GoT is inspired by the real-life Hadrian’s Wall, which is located (surprise!) in England, so don’t be too surprised to see Westeros and Galar share more than a few other similarities as well.

Some core changes are returning as well: the trailer seemed to showcase wild Pokemon encounters in tall grass and other areas, as well as Gyms (you can see the circular-arenas both in the trailer and in the Galar map seen above).

As is tradition, Trainers are also getting three new starters to choose from, and the race to pick a favourite is on already: 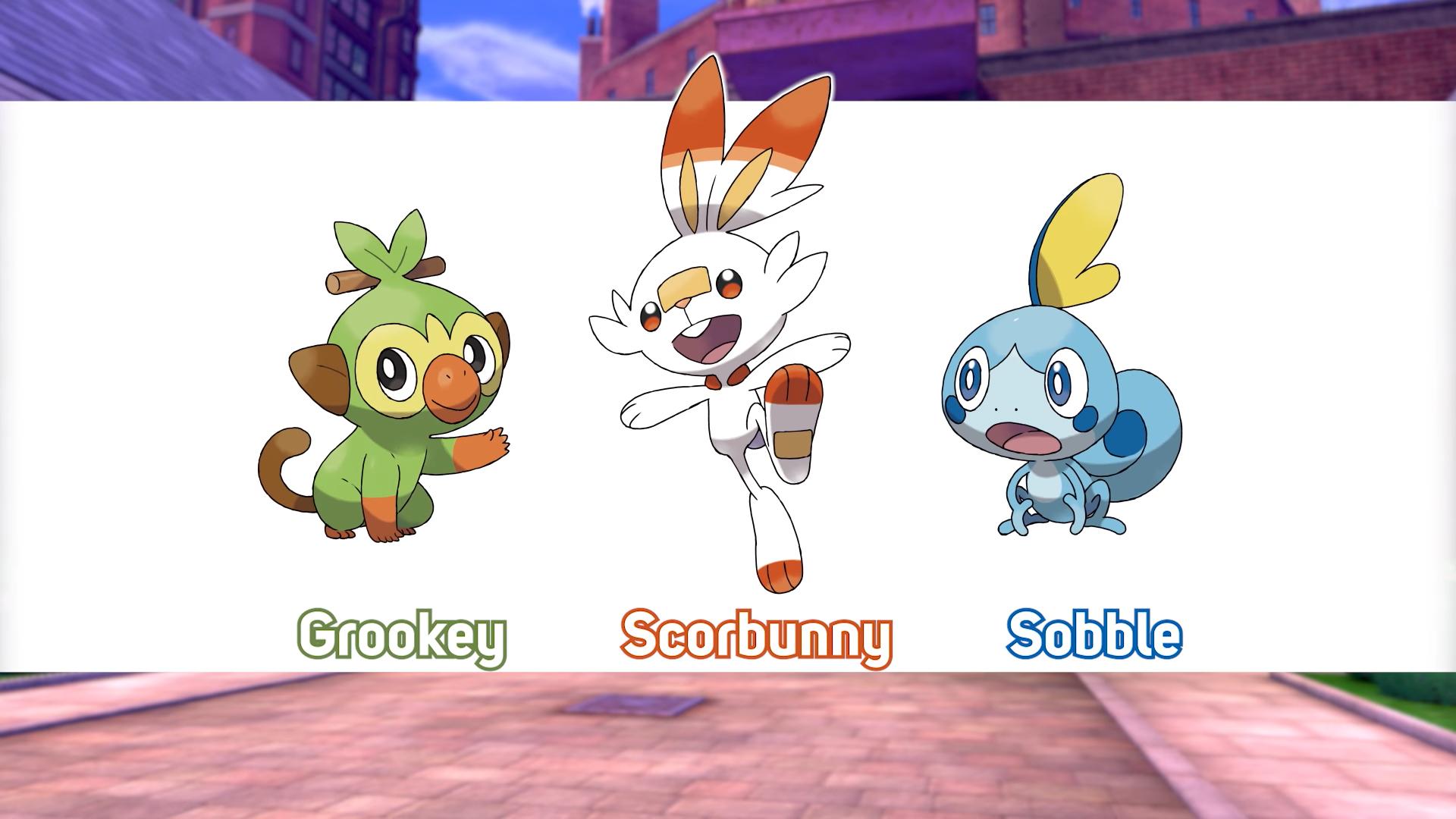 It looks like this fulfills the tradtional Grass/Fire/Water archetypes of our youth, though there will be much speculation about what secondary types they take on as they evolve. Maybe Scorbunny is Fire/Electric? Grookey could be Grass/Ground, perhaps? I can’t even speculate on Sobble as far as types go, but he (or she) is going to be my Day One starter, that’s for sure. #TeamSobble

There also seems to be a potential Legendary sneak peek, for some eagle-eyed viewers of the Nintendo Direct: 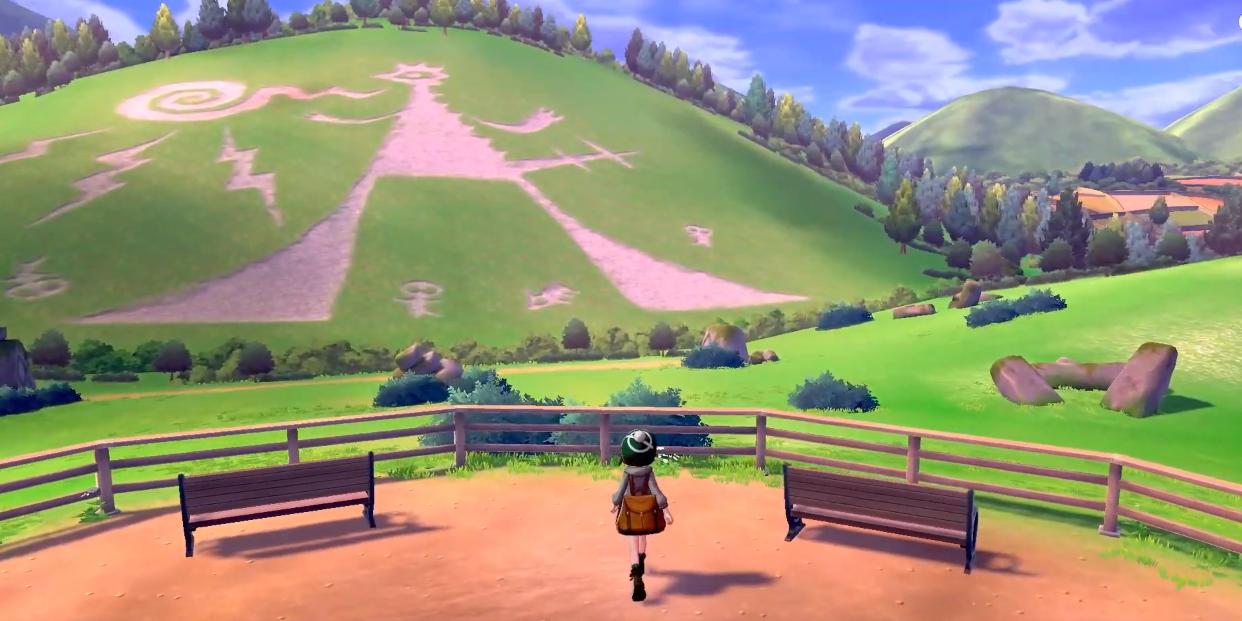 Very King Arthur-esque, if you ask me (the king buried under the hill who will return some day) – it even looks like it has a crown of some sort. That or its the burial grounds for a giant depending on which lore you subscribe too. I’m not going to judge either way.

As more details are released on Pokemon Sword/Shield, we’ll endeavour to bring them to you as soon as possible. As a member of the real-life Commonwealth myself, I’m just hoping the final Champion of the Galar Pokemon League is the Queen.

One thought on “Pokemon Sword & Shield: Core Series is Finally Set to Debut on Switch in 2019”