The very idea of Deadpool in the modern world of movies is a interesting one – after all, the superhero genre sees (at least) four new entries in theatres every year. They’re in part colourful Marvel flicks, which increasingly rely on your knowledge of the ever-growing continuity for true enjoyment, or gritty DC ventures, which, sadly, mostly suck.

When the first Deadpool was released in 2016, many people felt that it was refreshing to see a profanity-laced, extremely violent superhero who derides the idea of superheroes themselves, one that wasn’t afraid to violate some sensibilities and break the fourth wall.

Unfortunately, the first entry (filmed almost entirely in Vancouver) was hardly a masterful satire; it relied far too much on penis/boob jokes, and when it wasn’t leaning on those, it was using as many curse words as can be stuffed into a single sentence. It was the equivalent of high school-aged kids dropping an f-bomb for the first time, and upon realizing they wouldn’t get in trouble for it, proceeded to do it as much as possible. The jokes got old after a single viewing, and upon re-watching it, they felt used up and stale.

In that sense, Deadpool 2 learns from the first film’s mistakes. It tries to move somewhat away from the shock value of crass humour, and leans more into lampooning the superhero genre itself. No one is safe: FOX’s own X-Men, Marvel, DC, even Ryan Reynolds’ failed attempts with X-Men Origins: Wolverine and Green Lantern. Don’t worry – if you’re looking for f-bombs, c-bombs, and gratuitous violence, director David Leitch (an experienced hand at visceral action, having helmed both John Wick and Atomic Blonde) presents them to you in spades.

The humour is the real focal point of the film, as it was in the first, and the jokes come at you a mile a minute. Not every single one lands – two specific sequences towards the end of the movie drag on and on like a bad Family Guy joke – but it almost doesn’t matter, as for the most part, Reynolds just blasts right on past them and by the time you’ve registered the bad joke, two more good ones have pushed it out of the way. He isn’t called the ‘Merc with a Mouth’ for nothing, after all.

Reynolds himself, as usual, is brilliant as Wade Wilson/Deadpool. It’s clearly a passion project, and he embodies the character so intimately it’s hard to ever see anyone else in the role. There’s plenty of fourth wall breaking to go around, and he does it well – any joke about Canada, for example, landed in a great way with the Canadian audience I went to see it with.

Josh Brolin, fresh off of his genocidal turn as Thanos in Avengers: Infinity War, appears as Cable, a grim, time traveling mutant bent on setting some things right to prevent unspeakable tragedy in the future. He brings some real gravitas to the role, and works as a pretty great foil for Reynolds’ wacky caricature. Zazie Beetz (TV’s Atlanta) is fantastic as Domino, another mutant whose ability is her amazing luck, while the young Julian Dennison (The Hunt for the Wilderpeople) is great as a conflicted mutant coming to terms with his powers. 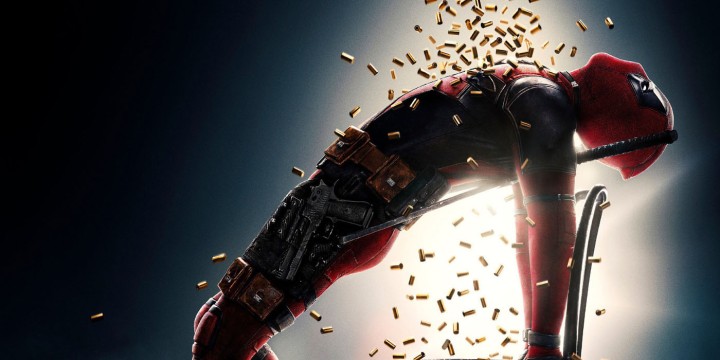 There are some really fun blink and you’ll miss it cameos, as well as some throwaway one-liners that are delivered/timed so perfectly, the crowd just erupts in laughter. It’s not a perfect film – it gets off to a rough first 15 minutes, as it looks as though it’s about to dive headfirst into the crude territory that the first installment largely occupied – luckily, it seems to change its mind, which is for the best. Some jokes, as mentioned, really do drag on too long, while some side characters are largely unnecessary and unfunny (TJ Miller and Karan Soni, we’re looking at you).

For the most part, though, it works well in making light of the genre that not only birthed it, but that has saturated the box office over the past ten years.

All I can say is this: always adjust your expectations – if you’re going in expecting this to be the funniest, best superhero movie of all time, you’ll be disappointed. However, if you’re going in with the idea that it’s a silly, action-filled two hours, then you’ll get your money’s worth. Isn’t that all we can ask for?

Deadpool 2 is currently playing in theatres.

Much like Deadpool‘s rather well-coordinated social media team, you can find Shoaib Alli on Twitter (@SNSAlli). There’s probably a little less Céline Dion present on that feed, but there’s other stuff. Other REALLY cool stuff.

One thought on “Deadpool 2 Review – Just Like The First, But Better In Every Way”