The excitement surrounding PlayStation All-Stars Battle Royale was almost palpable prior to its release. Finally witnessing Sony-owned favourites like Kratos, Nathan Drake, Sly Cooper, and Rachel & Clank pummel each other made for a crossover fighting game seemingly on par with the blockbuster Super Smash Bros. series had so much potential. So, what happened? A number of things were off about the final product that lead to an utter failure to gel with consumers, truthfully. Still – and stick with me on this one – PlayStation All-Stars deserves a second chance and there’s no better time than the present.

Let’s start with what went wrong for the game, because the premise in and of itself was promising. Taking clear inspiration from Super Smash Bros. with its all-star cast of  PlayStation characters, the appeal was immediately made clear for consumers: this was a 4-player crossover fighting game that starred some of Sony’s more beloved mascots. What it botched, however, were the finer details and worthwhile surprises that make Smash the juggernaut it still is today.

Opting to blaze its own trail, the developers at Sony Santa Monica (God of War (2018)), Bluepoint Games (Shadow of the Colossus (2018)), and the seemingly shuttered SuperBot Entertainment decided to forego the King of the Hill gameplay so heavily utilized by Nintendo’s fighting franchise in an attempt to put something out there that was unique. The end result was just that, but it left so much room for imbalance as a result of the game’s reliance on using ‘Super Attacks’ in order to get kills. Since each character has their own attacks, this immediately led to an imbalance as each fighter utilized a different move in order to secure a knockout – giving certain mascots an unfair advantage as a result of their respective ease of execution. 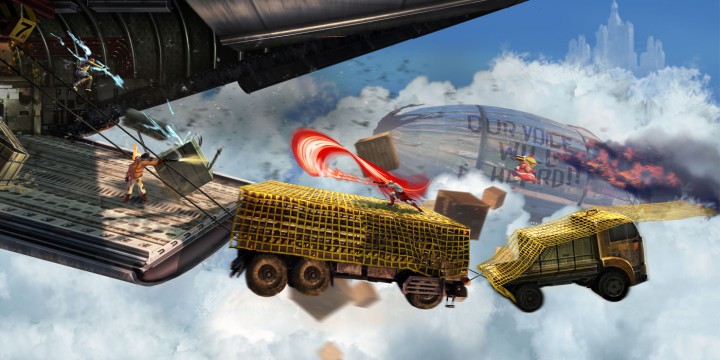 Meanwhile, taking damage from other combatants did nothing to impact the capabilities of a player’s character, which meant that the focus fell solely to building up a fighter’s Super meter. Now, building meters and executing combos have long been imbedded in the modern fighting game formula, but the core implementation of these mechanics felt more like a poorly planned attempt at being different for the sake of being different. This didn’t help to create an immersive experience.

In that regard, PlayStation All-Stars‘ play at Smash‘s throne was a half-measure that ultimately failed to capture an audience. But there’s still hope for the property, provided that Sony is willing to try again.

As many will be quick to point out, the landscape of the PlayStation brand has changed drastically since PlayStation All-Stars Battle Royale released in 2012. Kratos has had a son, Joel and Ellie have shown us a post-apocalyptic world in The Last of Us, Aloy has taken on robot dinosaurs in Horizon: Zero Dawn, Crash Bandicoot and Spyro have risen from the dead thanks to Activison, and even Spider-Man is preparing to swing onto the PS4 in a console-exclusive game. Indeed, there’s a lot here to build into a PlayStation All-Stars followup, and they help to address one of the biggest issues that plagued the original. That is, of course, the roster.

Some of PlayStation’s heaviest hitters were present and accounted for during the original game, but there were also some bizarre exclusions. Guest fighters synonymous with the brand like Crash, Spyro, and Lara Croft were all nowhere to be found, while others like a black-haired Dante, Dead Space‘s Isaac Clarke, and Metal Gear Solid‘s Raiden were featured for promotional reasons and little else. Heck, at least BioShock‘s Big Daddy fit in as an somewhat iconic character, but these all pale in comparison to the likes of Cloud, Sonic, Pac-Man, Mega Man, etc. that are playable fighters in Smash. Those characters mean something to the Nintendo brand and gaming as a whole, so Sony needs to follow suit and be more selective with its third-party fighters in order to ensure that it remains appealing, buzz-worthy, and timeless. 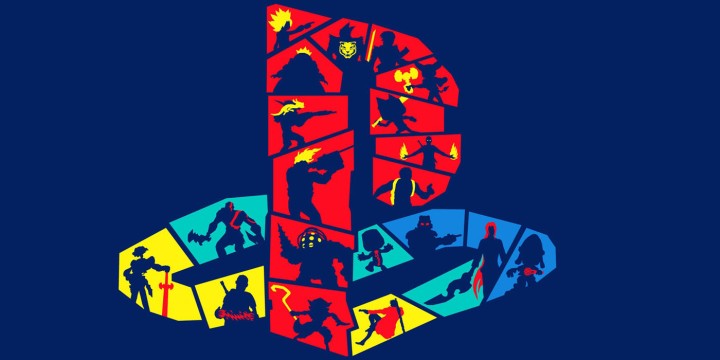 It may sound like I’m harping on the game, but that’s just because I see so much potential in its return. As of this writing there are over 70 million PlayStation 4 consoles in the hands of gamers, and that is enough to ensure that the odds of it finding an audience this time around are much higher. Indeed, a means of addressing the above issues could completely turn the property around and catapult it into relevancy once more.

In fact, rumours began emerging last year that indicated that a PlayStation All-Stars Battle Royale 2 was not only in the works but set to be announced as soon as 2017’s PSX. None of these mumblings have come to bear any fruit for eager fans, but perhaps E3 2018 will change that. For now, however, fans hoping to finally pit Naughty Dog’s Nathan Drake, Crash Bandicoot, Jax & Daxter, and Joel/Ellie against one another in a war of fisticuffs, cordyceps, and spin attacks will just have to be patient – and, more importantly, vocal.

You can find Riley on Twitter @TheRileyLittle if you would like to tell him directly to his digital face that he’s a fool for desiring a new PlayStation All-Stars game. Or maybe you agree? He doesn’t know. He only knows that it’s impossible to please everyone.