When it comes to Super Smash Bros., there’s a character that every fan feels should be included. Some people petition for axed veterans like Solid Snake to return, others join the cult following for one-off heroes like Super Mario RPG‘s Geno, and even more lobby for unlikely mascots like the now Microsoft-owned Banjo and Kazooie. All of these candidates are surrounded by gamers that are able to create and articulate wonderful cases as to why their preference would make for a unique combatant in the crossover-centric fray.

More importantly, franchise creator Masahiro Sakurai listens to the fan base and their desires which can eventually lead to a character’s inclusion. The most recent example of this is Bayonetta who was voted in through a worldwide fan poll.

With guest fighters taking centre stage in Super Smash Bros. for Wii U (i.e. Sonic the Hedgehog, Mega Man, Pac-Man, Cloud Strife, etc.), however, it at least appears that Nintendo will continue to expand the series’ roster with blockbuster additions from third parties in the inevitable iteration on its Switch console. Still, the wealth of characters found within Nintendo’s ever-growing archives is enough to pull fighters from until the end of time, and while there is stiff competition from throughout the many intellectual properties under the firm’s control, there’s one villainous Kremling that deserves to be at the front of the line: King K. Rool.

I can regurgitate everything that every reddit or Smashboards post about this very subject matter says about King K. Rool in a bid to convince you that he needs to be included. The fact that the roster is short on villains is a given, while the logic behind the king of Kremlings conceivably being another much-needed heavy fighter on the roster goes without saying. His attacks could be range-focused thanks to his canonical cannon usage and the already underrepresented Donkey Kong series would gain a newcomer. All of these are valid points and they build towards a wondrous case for the royal reptile’s inclusion.

However, the truth is that the villain’s addition would be a sentimental thing for me in particular. I remember passing the controller back and forth with my father for hours as we trekked through Kong Island in a bid to reclaim all of Donkey and Diddy’s stolen bananas.

I’ll forever recall taking on King K. Rool in a pinnacle of all those hours we’d placed into the game. Dodging cannonballs, hopping over his crown, ducking under his jumps, and the faux credit sequence that added so much to a character that had said so little. Everything about that fateful battle with King K. Rool is memorable – as are the three other fights that occur in Country 2, 3, and 64 – and in turn they help paint a picture of a foe that is equally slapstick and unhinged in nature.

Personal nostalgia aside, there’s so much more to the character than meets the bloodshot eye.

Presumably hoping to mix up the cast and leave its own mark on the series following Rare’s acquisition by Microsoft, Retro Studios hasn’t utilized King K. Rool or the Kremlings in any of the studio’s core iterations – Donkey Kong Country Returns and Donkey Kong Country: Tropical Freeze. The latter is about to receive a port to the Nintendo Switch and with it comes the playable return of a prominent member of the Kong family in Funky Kong.

All of the more recent villains from the series, while fun to battle with, have failed to gain the notoriety of the Kremings as mainstay villains and that holds especially true with the king of the anthropomorphic crocodiles himself. And with Tropical Freeze seemingly set in stone with its minute revisions for the Switch, the only real hope that K. Rool fans have is to see the baddie appear as a playable antagonist in a Super Smash Bros. game.

Fortunately, statements made by Nintendo President Tatsumi Kimishima during a recent investors meeting indicates that an announcement of a new Super Smash Bros. title may not be all that far away. While not specifically name dropped or even referenced in the statement (which makes the following statement a complete shot in the dark), a series as big as Smash would be a fantastic means of incentivizing consumers to purchase a subscription following the launch of the company’s new Nintendo Online Service. 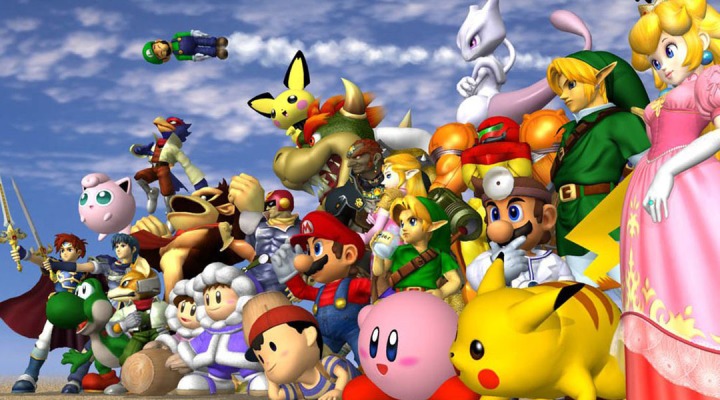 Even then, fans are still divided on what form Super Smash Bros. for Nintendo Switch will arrive in: whether or not it will simply be an enhanced port of the Wii U iteration (a la Mario Kart 8 Deluxe) or an entirely new title that brings with it a number of new features and characters. Regardless, the window for K. Rool’s inclusion appears to aligning perfectly, as it would allow Nintendo to cross-promote the Donkey Kong series on Switch with a newcomer from that very franchise – provided that there’s a Smash game ready to go within this fiscal.

It’s time for the king of croc to make his triumphant return to the limelight, and outside of a brand new Donkey Kong Country game, Super Smash Bros. is the perfect stage. Besides, he outweighs the need for another sword-wielding combatant both figuratively and literally.

In closing, Smash fans deserve the additional move set variety that accompanies a unique fan-favourite character, and if a new entry in the fighting game franchise is set to arrive sooner rather than later, then it’s the perfect timing for the K. Rool’s return.

You can follow Riley on Twitter (@TheRileyLittle) for more news on Super Smash Bros., film, gaming, and more.