The Crackdown 3 single-player campaign review was published last week, but the MP was made available less than a day before release – so I decided to spend a little more time with it before writing down some thoughts.

The Wrecking Zone is billed as an entirely destructible environment, where literally anything can be destroyed by you and your friends, but Crackdown 3‘s multiplayer mode is…more than a little lacking.

Going by the name, I was promised glorious destruction and carnage – and yet, after every match, I somehow feel a little empty, as though I’m still hungry for more. Usually that’s a good thing – players want to keep coming back to the multiplayer mode over and over, right? In the Wrecking Zone, I just want more out of it. I want to be able to use more guns, there should be more players, and frankly, I should be able to actually blow everything up.

There’s so much wrong with the multiplayer experience, it’s almost hard to pick a starting point. There are only two modes, Agent Hunter and Territories. The former is actually somewhat fun, as it’s not just another Team Slayer – it actually requires you to go and pick up a token from your kill (think Call of Duty‘s Kill Confirmed, if you want to compare it to something) before you can add it to your team’s stash. Territories, on the other hand, is essentially every King of the Hill mode in every multiplayer game ever, so we’ll not linger on that one.

To be clear on the destruction: there’s a lot of it. It’s admittedly pretty fun to avoid death by blowing up the floor or wall and narrowly escaping through a man-made hole. You can also utilize the jump boosts that are permanently strewn through the various maps to make some daring jumps, and it’s incredibly satisfying to send a rocket across the arena to see a stone structure tumble to the ground with a rumble and a crash.

Even so, that gets old pretty quickly, and to top it off, every building has a steel skeleton to which all the stone is attached – and they’re seemingly impossible to destroy. I think only when every single minute piece of stone has been blown off the frame can the steel itself be destroyed – the problem is that you’ve usually been killed long before that, re-spawned across the level, or the game simply ends (because the time it takes for you to actually accomplish this feat means your team is playing with a man down).

Here’s the thing: even if you were skilled enough to blow up a building (or a piece of it, at least) to have it land on an enemy combatant, they don’t take damage. Yes, you read that right. 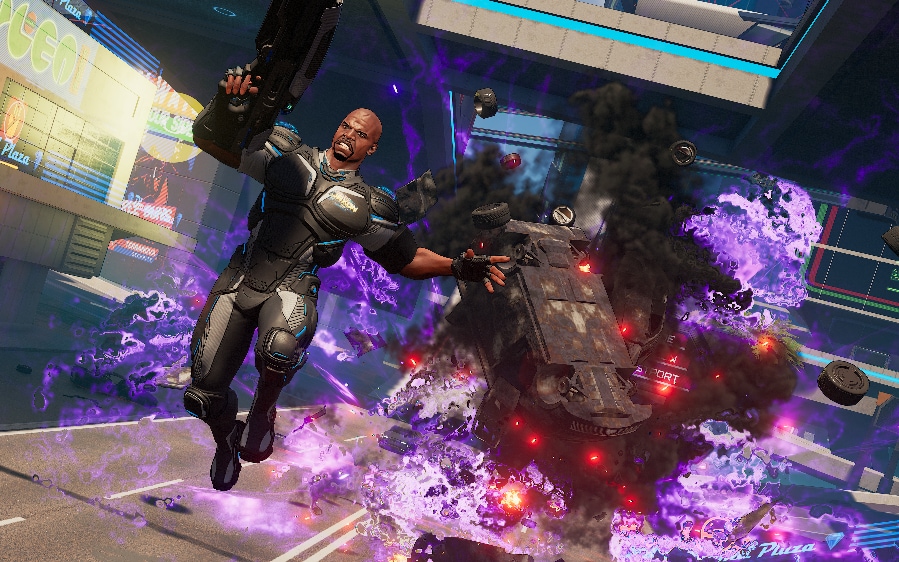 Honestly, the most disappointing thing about the multiplayer is that it essentially makes me wish that the building destruction – as dialled down as it is – was in the single-player campaign. It could certainly be problematic if, say, a story objective was destroyed, but they could have easily have gotten around that by making everything but the story mission buildings destructible.

In the end, the Wrecking Zone almost feels like a demo for the real multiplayer. The experience of playing it is perhaps worsened by the fact that we live in the era of battle royale games, where every multiplayer title tries to be as creative as possible in order to one up each other, vying for your play time. If this is the best Crackdown 3 has to offer in the way of multiplayer, you’re better off playing something else.

Crackdown 3 is currently available across Windows PC and Xbox One platforms. Microsoft provided Okay, Cool with a code to the game for review purposes.

You can find Sho on Twitter at @SNSAlli if you want to chat with him or see what else he thinks about Crackdown 3 – along with a wide range of other games.