The recent launch of Blizzard Entertainments’ Overwatch League landmarks a massive step forward for eSports’ mainstream appeal, and it’s a move that was executed within the industry in quite a spectacular fashion. For those unaware, the Overwatch League aims to emulate mainstream North American professional sports by having teams of world-class Overwatch players compete in a five-month regular season, with the goal of reaching a championship playoff.

In contrast, many eSports simply rely on large tournaments and events to showcase top players in massive competitions. The teams that comprise this league are permanent franchises representing major cities (a staple of professional sports leagues such as the NFL, MLB, NBA, or NHL). As of this writing, there are 12 teams involved with the Overwatch League, and while the league has teams in Los Angeles, New York, and Boston (massive hubs for professional sport franchises), there are also a handful of international cities that are represented – including Seoul, Shanghai, and London. It would not be outlandish to assume that the league is structured in such a unique fashion so fans of top-level Overwatch competition can connect with a (perhaps local) team and cheer for them throughout the season-long grind towards a playoff spot. In the world of eSports, this structure is truly unique; although the fact that Blizzard is responsible for innovating the RTS, MMO, and objective-based FPS game genres makes this innovative step towards a dedicated and global Overwatch league not all that surprising.

The opening night of the Overwatch League was a demonstration of the potential it has for breaking through to a mainstream audience. The production value, the atmosphere, the custom user interfaces and skins in the game, and the sense of engagement I felt (despite the first two games being relatively one-sided) were all testaments to a meticulous effort that went into making the debut a spectacular viewing experience. The launch allowed the Overwatch League to offer mainstream audiences something that other eSports haven’t been able to: Legitimacy.

And as a fan, I am excited. 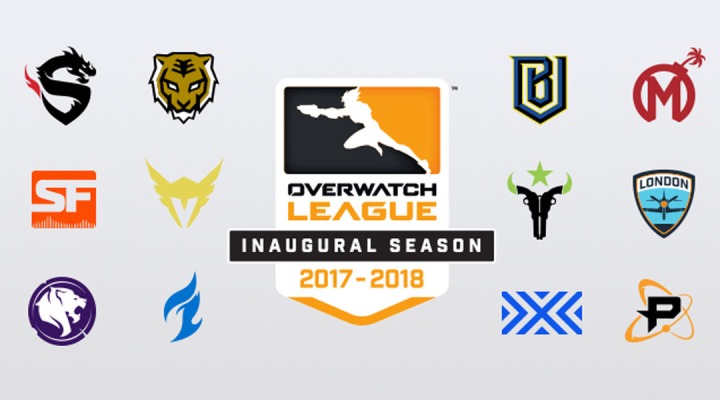 However, while there is a ton the Overwatch League did right, there is still one major thing missing and, in my opinion, is a massively squandered opportunity. A Canadian franchise.

Call it petty nationalism, but I can’t deny that I was let down when I noticed there were no Canadian-based franchises in the Overwatch League – and honestly I was rather surprised. I would think that with a launch of a new league which emphasizes fan enjoyment and loyalty that a Canadian presence would be invaluable. Considering that the whole innovation of the league stems from city-based franchises for fans to immediately connect with, the absence of a Canadian team seems like a missed opportunity for establishing a foundation amongst fans residing in the Great White North. Especially because time and time again it’s made clear that Canadians (myself included) will seemingly cheer unconditionally for something solely because it’s, well, Canadian.

Take the Toronto Blue Jays in Major League Baseball (MLB) as an example. It seems every year, Canadians cheer for the Blue Jays, regardless of their performance, solely because they are “Canada’s baseball team”. I genuinely think a number of the people who cheer for the Jays aren’t even baseball fans, but still cheer for “Canada’s team” out of an ever-present sense of national pride. The Toronto Raptors of the National Basketball Association (NBA) are another example of a Canadian professional sports team that has garnered a following of Canadian fans that expands beyond the city it is based in, gaining cheers from an entire nation because they are, once again, “Canada’s team”. The Raptors even brilliantly appeal to their fans’ national pride with campaigns like “We the North,” a rally-call that has resonated with Canucks. While I’m far from a licensed sociologist (I caught myself struggling to even spell the word), I can confidently say that Canadians will cheer for something, solely because it is Canadian – as many other nations and cities are sure to do as well.

And that is where the Overwatch League missed a valuable opportunity.

A Canadian franchise in the league would have given Canadian fans a team they could have instantly identified with and become invested in – so the league currently lacks that. While I can only speak for myself, I find it particularly hard to care about the outcome of a match when I have no dog in the fight, and it’s in those moments that those colours we claim to bleed for the teams we adore blend together and simply appear as (beautifully) rehashed skins of one another on-screen.

Perhaps it’s also something to note that the population of California is larger than all of Canada, which is likely why ¼ of the Overwatch franchises are based in the state. Still, this Cali-based tedium would be alleviated with the addition of a Canadian franchise, as I would instantly be able to associate myself with that team and become personally invested. I think this sentiment would be true for many Canadian fans of Overwatch and I can’t help but feel Blizzard missed an opportunity to capture a passionate fanbase that would simply support the franchise out of national pride. 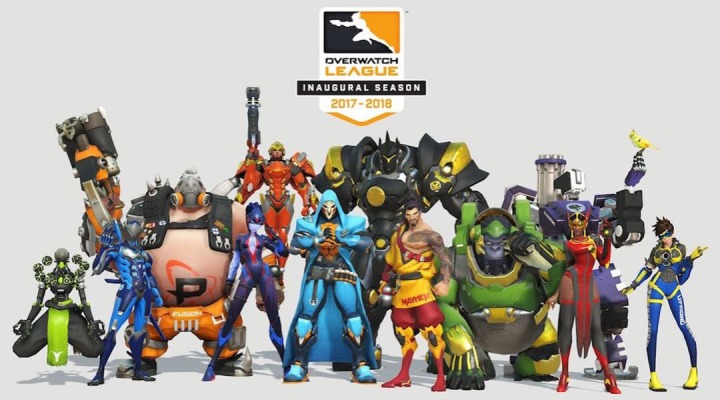 Now, I will be the first to admit that I don’t know all the logistics of establishing an Overwatch League franchise. I can acknowledge that there are 1,000 moving pieces that need to fall into place for these teams to come together. I know that the financial investment for an owner is large with many risks, especially considering a league like this one has not been attempted before in eSports. I know that establishing a franchise in Canada is easier said than done.

However, I also know that the Overwatch League has support from some of the biggest names in mainstream professional sports, including NFL team owners, The Kraft Group (New England Patriots) and Kroenke Sports & Entertainment (Los Angeles Rams) – who own the Boston Uprising and LA Gladiators, respectively. I know the Overwatch League has secured major sponsors including companies such as Intel, HP, and recently, the car-manufacturer Toyota (prepare yourself for Corolla-themed Payloads, that accelerate despite nobody being around them). I know that Blizzard has confirmed that the Overwatch League launch averaged 408,000 viewers on Twitch, beating out Thursday Night Football on streaming services (via SBNation), something that seems unfathomable when you consider the massive fanbase of the NFL.

I know the Overwatch League has massive potential, and those investing know this as well.

And as a fan and a Canadian, I hope that a franchise gives us something to rally behind in the world of eSports soon.

2 thoughts on “The Overwatch League Needs a Canadian Team”